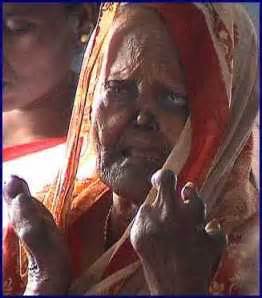 Luke 5:12-14,  And it came to pass, when he was in a certain city, behold a man full of leprosy: who seeing Jesus fell on his face, and besought him, saying, Lord, if thou wilt, thou canst make me clean. 13  And he put forth his hand, and touched him, saying, I will: be thou clean. And immediately the leprosy departed from him. 14  And he charged him to tell no man: but go, and shew thyself to the priest, and offer for thy cleansing, according as Moses commanded, for a testimony unto them.

Some of the most despised, feared, and neglected people, during the time of Christ, were the lepers.  Absolutely no one, even the most religious Jew and even the Jewish religious leaders of the day would have anything to do with lepers. These dear souls were relegated to “leper colonies” and were not to mingle with the “normal” people.

FEAR, RATHER THAN LOVE, DOMINATED THE THINKING OF THE AVERAGE JEW WHEN IT CAME TO THE LEPROSY ISSUE DURING THE TIME OF CHRIST!

Jesus was not only willing to love them and talk to them, He was willing to “touch them.”

How about us today? Who are our lepers today? (Possibly, the gays, the illegal immigrants, the Muslim, the atheistic intellectual, the political liberal?) Are we allowing a spirit of fear to control our attitudes and actions? Are we willing to love them? Are we willing to “touch them” for good and for God?