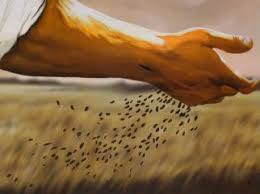 The churches in Macedonia, though very poor and struggling churches themselves (2 COR 8:1-2)—not only GAVE THEMSELVES TO GOD but LOVINGLY SACRIFICED THEIR “STUFF” FOR THE POOR AND NEEDY that were in Jerusalem.

By the way, keep in mind that the folks in the Macedonian churches had never met and knew very little, if anything, about the poor and needy saints in Jerusalem, but they did know God, and apparently knew and understood God’s heart for the poor. And because of this, they were willing to sow cheerfully!

John Gill, an 18th-century had something to say about our sowing for the poor:

There is a good deal of likeness between sowing the seed in the earth and doing of alms, or

acts of beneficence. The seed that is sown is what is selected and reserved out of the stock expended or sold off, which if not done, there would be no provision for futurity; so that which a man gives for the relief of the necessitous, is what he lays by him in store of what God has prospered him with; in doing which he may hope for a fruitful harvest, whereas otherwise, he could expect none: as seed is cast from, and scattered about by the sower all over the field; so what is given to the poor, it is parted with unto them, and spread among them, everyone has a portion; and it looks like a diminution of a man’s substance, and as if it would never return with any advantage; though it does, as in a natural, so in a metaphorical sense. The sower casts and scatters his seed with an open hand; was he to grasp it in his fist, or only let go a grain of corn or wheat here and there, he would have but a poor harvest; so the cheerful giver opens his hand wide, and bountifully supplies the wants of the needy; who, as the sower casts his seed on the empty field, so he bestows his bounty on indigent persons, on all men in want, especially the household of faith: and, as when he has done, he harrows the ground, and covers the seed under the earth, where it lies hid, and is very unpromising for a while, and yet he exercises faith, hope, and patience, with respect to a harvest.

God is looking for His people to be cheerful givers and He wants to bless them as they give. He’s looking for a people, like the Macedonian Christians, that are willing to sow for the poor and the needy “around the corner” and “around the world.”

I believe one author may be on to something when he wrote the following words: 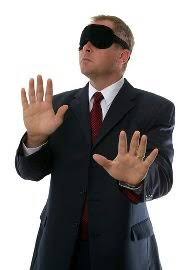 We have insulated and isolated ourselves from the massive material poverty that surrounds us in the world. We have filled our lives and our churches with more comforts for us, all while turning a blind eye and a deaf ear to abject poverty in others. We have a gaping hole in the way we see the world, and we need new sight. We need our eyes opened to the implications of the gospel for how we live.

Another man has written:

“I used to think when I was a child, that Christ might have been exaggerating when he warned about the dangers of wealth. Today I know better. I know how very hard it is to be rich and still keep the milk of human kindness. Money has a dangerous way of putting scales on one’s eyes, a dangerous way of freezing people’s hands, eyes, lips, and hearts.”

The apostle John, probably more than anyone in his time, knew the heart of the Lord Jesus, and because of this, his words are even more powerful and practical:

1 John 3:16-18, Hereby perceive we the love of God, because he laid down his life for us: and we ought to lay down our lives for the brethren. But whoso hath this world’s good, and seeth his brother have need, and shutteth up his bowels of compassion from him, how dwelleth the love of God in him? My little children, let us not love in word, neither in tongue; but in deed and in truth.

Just Reflecting on Sowing for the Poor and the Needy!

“Where have we any command in the Bible laid down in stronger terms, and in a 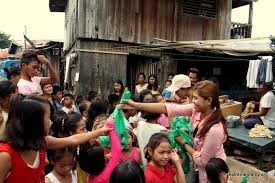 more peremptory urgent manner, than the command of giving to the poor?” – George Whitfield

“Christ’s command (to love our neighbor as ourselves), coupled with the depth of poverty in the world and the reality of wealth in our lives, has huge implications for the way we live. … If the love of God is in our hearts, then it is not possible for us to ignore the poor in the world. The gospel compels Christians in a wealthy culture to action—selfless, sacrificial, costly, countercultural action—on behalf of the poor.” —David Platt

One thought on “Sowing for the Poor”